Access Files On Hackintosh Locked by iCloud or FindMy App This Decade is Starting so Unexpectedly Awesome. Eminem Dropped new Album, Samsung’s Flips Foldables, iOS is Getting more Secure and much more but the most exciting is Getting Unc0ver Jailbreak on Latest iPhones(Xs/ Xr/ Xs Max/ 11/ 11 Pro/ 11 Pro Max) /iPads and even on Signed Firmware like iOS 13.3.

Those who don’t know about Unc0ver Jailbreak.

Unc0ver is Semi-Untethered Jailbreak for iOS 11 to 13.3, unlike Checkra1n which requires a Computer to Jailbreak the device. Unc0ver can be installed from devices itself but it requires web services like AltStore, Ignition, Tweakbox, etc. to install the signed profile into your phone to Get the Jailbreak App.

How to Get Unc0ver Jailbreak?

The #unc0ver jailbreak for A12-A13 will be released in the next 24 hours if no new major bugs are found.

If you want to support the development of the #unc0ver jailbreak, you can find the PayPal and Patreon links on https://t.co/FtG9c9kNtg.

Why Jailbreak your Device?

Jailbreaking is like Addiction, So before proceeding, you need to know that.

It gives you root access to your iOS Device, in other words, FULL CONTROL over your iDevice and give you options like customizing your iPhone your way not how Apple wants you to use plus there are a lot of Awesome Jailbreak Developers which creates mindblowing tweaks some of the developers which I personally thankful for @foxfortmobile, @laughingquoll, @conorthedev, @_kritanta, @junesiphone, @ev_ynw, and many more other developers. Some Tweaks even give new iPhone Features to Older iPhone.

Is Doing All These Free?

Yes. Even the Tweaks! Some tweaks are Paid too. but for soo little money because Most of the Developers need Resources, Appreciation, Devices and many more things we can’t even imagine off. They Use their Crucial Time and Skills to put Efforts for the tweaks and make the Jailbreak Community Alive and Lit.

Want to Support a Developer?

If you find any tweaks that make you happy in any way possible support the developer by donating via PayPal or Developer Desired Source or become his/her Patreon because the Developers aren’t getting anything from anyone this is just an opensource Project for making your devices cool even the biggest developer like @pwn20wnd needs your support for continuing developing jailbreak.

Backing up your precious data!

When it comes to jailbreaking a device, it’s always best to back it up first. You can back up your iPhone wirelessly with iCloud, and iTunes should automatically back up your device every time you plug it in. Be sure to run a backup of your device before beginning the jailbreak process so that all your precious music, apps, movies, and everything in between are successfully stored on your computer or in the cloud. That way, once you complete the jailbreak process, you can run a restore and get everything back. Just make sure you’ve synced your device recently. Running sync in iTunes will back up your device by default.

Jailbreaking is legal. The U.S. Library of Congress has granted the Digital Millennium Copyright Act (DMCA) exemptions for jailbreaking smartphones like iPhone, tablets, smart TVs, and other all-purpose computing devices. This gives users who like to tinker the ability to modify their software without breaching copyright law.

Can You Use Apple Services like AppStore, FaceTime, iMessage after Jailbreak?

Yes, you can use the App Store and download apps without any issue after jailbreaking. However, it is important to note here that there are some apps like Banking apps that actively detect if your device is jailbroken and prevent you from accessing the app for security reasons. You can, however, bypass this check for most apps using a jailbreak tweak.

What are Kexts in macOS or Hackintoshes?

[Guide] What If Your iDevice is Not Eligible for Catalina Upgrade? 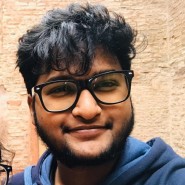 What are Kexts in macOS or Hackintoshes?

Common Problems and Workarounds in Hackintosh – 2020

How to Check for Updates in Hackintosh and macOS Catalina